Business Lessons from a Cupcake 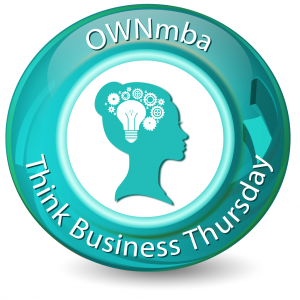 This past week I was giving a workshop to a group of entrepreneurs with food related businesses. I shared a brief case study I had put together, and want to share it with you today. I live just outside Boston, USA, and only three years ago, the city was inundated with cupcake businesses (cupcakeries). It was the big thing nationwide for a while, and everyone was jumping on the cupcake-wagon. At the time, Boston had five top cupcakeries: 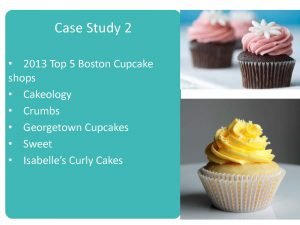 Once the market became saturated and too many cupcakeries were created (I’m looking at you Crumbs!), as well as the people moving over to the next fad (here comes the cronut!) many of these cupcakeries failed, and in 2017, the picture looks a bit different: 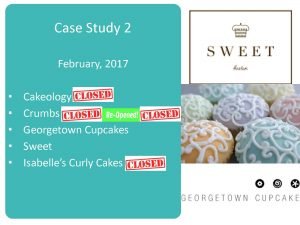 The business lesson here is not about too many cupcakeries or fads, however. It is about what one of the successful cupcakeries DID RIGHT.

Georgetown Cupcakes is arguably the most successful, still thriving cupcakery in the country. One key ingredient for them was to stay true to their core philosophy where their products are baked fresh every day. They also have a key connection to their customers by offering free secret new flavor cupcakes each day to get customer feedback. They continue to learn from their customers and adapted their business model over time to include their own television show, boxing cupcakes to create a profitable gift shipping section, and utilizing sales data to give them vital information such as which flavors are popular on which dates as well as locations of frequent shipping to decide where to build stores.

Even though you’re probably not a cupcakery, what can you learn from your customers to ensure your continued success? What changes could this bring to your business model?

This site uses Akismet to reduce spam. Learn how your comment data is processed.

Thanks for signing up!